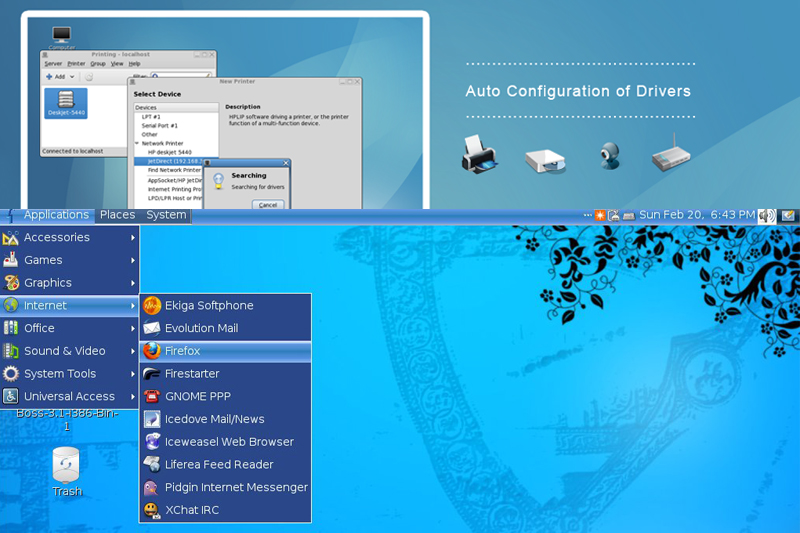 Bharat Operating System is being developed by Centre For Development of Advanced Computing (C-DAC), Chennai.

If reports are to be believed then BOSS will be the official Operating System that would be used in all the offices of Government of India country-wide.

BOSS is an Open Source Software that will be based on GNU/Linux version 5.0. The first version of BOSS was released in 2007.

BOSS will be released out in more than 15 regional languages of Indian Sub-continent which would include Hindi, Marathi, Tamil, Telugu, Bengali Kannada, Malayalam, Oriya, Punjabi, Sanskrit, Bodo, and many others.

This Operating System includes Cloud Services that would help to reduce the costs of infrastructure as well as future maintenance.

This software will redesign the E-Governance Framework all over the country. It will help to take over the old and useless infrastructure that has so many security and operational issues.

This new model supports SaaS i.e., Software as a Service for the Government organizations.

This software will be used by states such as Bihar, Chhattisgarh, Tamil Nadu, Kerala initially for deployment of E-Governance projects in respective states.

There have been many security breaches and hacking in the Government of India’s offices country-wide and the loss of data and money has been devastating. This was when Microsoft discontinued support and updates for Windows XP.

This OS is specifically designed for Security purposes. It intends to eradicate the security breaches happening on the Government systems lately. Linux is primarily known to be strong on security features and thus this OS will help to strengthen the security and operational features.

Now, it seems that ‘Make In India’ vision of Prime Minister Mr. Narendra Modi is taking its shape and will reform things in the Government itself.

Bharat Operating System Solutions (BOSS) has multiple versions that can be downloaded. These are as follows:

1. BOSS 5.0
The latest version of BOSS is a GNU/Linux version 5.0. It includes GNOME Desktop Environment and is based on Debian.

2. EduBOSS
EduBOSS is an educational variant. It is a full-featured and a user-friendly Linux operating system, has educational applications that are useful for schools (primary and higher levels).

3. BOSS Advanced Server
This Server system supports Intel and AMD x86/x86-64 architecture. It has unique features such as Webserver, proxy server and so on.

Final Verdict:
Although it seems to be a good basic Operating System that can be deployed in Indian Government Offices and Schools, we need to look into the Security features as it is the main priority and reason for development of this software. Let’s hope for the best updates continuously.

About the Author Amit Sharma

Your first class is 100% free. Click the button below to get started!